PNB recognized by UN Women for transparency and reporting 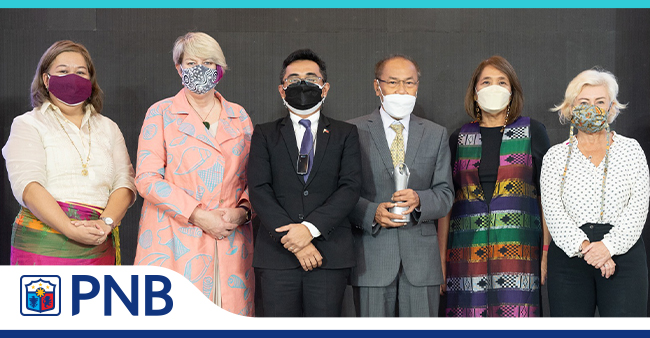 10 November 2022 — Philippine National Bank (PSE: PNB) was awarded for the second year in a row by a joint program of the European Union and the UN Women as Runner Up for Transparency and Reporting in the UN Women 2022 Philippines Women’s Empowerment Principles (WEPs) Awards.

“Gender equality and inclusion play a big part in our bank’s journey to sustainability,” said PNB Acting President Florido P. Casuela. “At PNB, we want to attract and retain the best talent. This is especially important at this time when there more women joining the workforce. We intend to provide equal opportunities for growth and development to all our employees – regardless of gender. We thank WeEmpowerAsia led by the UN and EU for recognizing our commitment to this cause.”

PNB was cited for its commitment to transparency and reporting that reflects gender data and indicators, with the intention to measure, analyze, and report on performance and impact of gender on its adaptive policies and programs, tracking performance in progress towards gender equality, and women’s economic empowerment. The WEPs, a gender-equality guide to action for the private sector, and the awards were created by WeEmpowerAsia, a UN Women programme funded by the European Union which aims to promote inclusive and sustainable growth and build more gender-sensitive trade and supply chains between European and Asian markets. For this year, the 2022 WEPs Awards is also supported by the Australian Government’s Department of Foreign Affairs and Trade through its initiatives, Investing in Women and the Philippine Business Coalition for Women Empowerment (PBCWE).These are the only awards in Asia-Pacific for companies taking action on gender equality. In 2021, PNB was also awarded as a Leader for Women by Asiamoney in its annual survey. Among 70 banks in Asia, PNB was one of the banks with the highest percentage of women in its overall workforce.